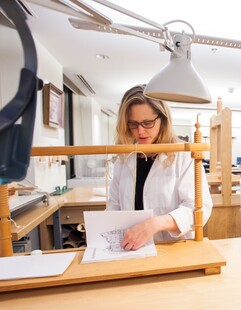 Dawn Walus
​Current ​Board Chair, Board Member (2017 - Present)
​Dawn Walus is the Chief Conservator at the Boston Athenæum. Previously, she worked as a book conservator at the Weissman Preservation Center, Harvard Library and has held conservation internships and positions at The Preservation Society of Newport County in Newport, RI; The Brooklyn Museum of Art; The New York Academy of Medicine; Rieger Art Conservation (Works on Paper) in New York City; and The Huntington Library, Art Collections, and Botanical Gardens in San Marino, CA. She received a Master of Art/Certificate of Advanced Study in Art Conservation from the Buffalo State College Art Conservation Graduate Program in 2009 and a Bachelor of Arts in studio arts from Rutgers University in 1995. She is a member of the American Institute for Conservation (Professional Associate), the Guild of Book Workers, and The Society of Printers. 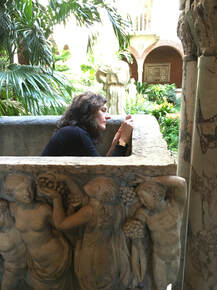 Jessica Chloros
Secretary, Board Member (2018 - Present)
Jessica Chloros received her M.S. in Art Conservation, specializing in objects, from the Winterthur/University of Delaware Program in Art Conservation in 2007.  She is currently the Objects Conservator at the Isabella Stewart Gardner Museum, where she has worked since 2008.  She has completed internships and fellowships at various institutions including:  Brooklyn Museum, American School of Classical Studies Agora Excavations in Athens, Greece, Worcester Art Museum, and the Straus Center for Conservation and Technical Studies at Harvard Art Museums.
​

​Carolyn Frisa
Membership Coordinator, Board Member
Carolyn Frisa received her M.A. in Paper Conservation from Camberwell College of Arts in London, England in 2000. She established Works on Paper, LLC, a private practice conservation studio in southern Vermont in 2008, and specializes in the conservation of artistic and historic works on paper, wallpaper and photographs. Prior to entering private practice, Carolyn worked as an associate paper conservator at the Northeast Document Conservation Center and Tate Britain. She has been a Professional Associate of the American Institute for Conservation since 2007. 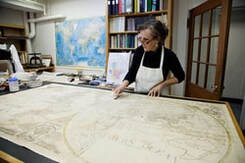 Babette Gehnrich
​Co-Treasurer  (2008  - Present)
​Babette Gehnrich received her formal training in bookbinding, and book and paper conservation in Berlin, Germany and the Centro Del bel Libro in Ascona, Switzerland in the early 1980s. After moving to the US, in 1985, she completed an internship at the Folger Shakespeare Library, the ICCROM paper conservation course in Vienna, Austria, and worked as assistant book conservator at Yale University. Since 1989, she has held the position of Chief Conservator at the American Antiquarian Society in Worcester, Massachusetts. She is a member of the advisory board for the North Bennet Street School’s bookbinding program. 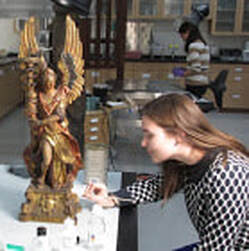 Ellen Promise
​Webmaster, Board Member (2019 - Present)
​Ellen Promise received her M.S. in art conservation with a specialty in objects from the Winterthur/University of Delaware Program in Art Conservation in 2012. She currently works as the Assistant Conservator at the Isabella Stewart Gardner Museum, where she also held an FAIC/Samuel H. Kress fellowship in 2013-14.  Ellen has completed graduate internships and postgraduate fellowships with a number of institutions including: the Philadelphia Museum of Art, the Staffordshire Hoard Project at Birmingham Museum and Art Gallery in England, the Queen Anne’s Revenge Conservation Lab, Harvard’s Peabody Museum of Archaeology and Ethnology, and Historic New England. 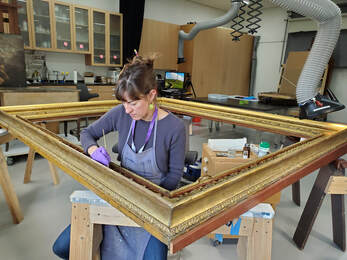 Allison Jackson
​Board Member  (2019-Present)
Allison is a second generation gilding conservator who is the owner and lead conservator at Allison Jackson Frame Conservation & Gilding a private practice in central New Hampshire, and holds the position of Assistant Conservator of Frames at Harvard's Straus Center for Conservation and Technical Studies. She studied Studio Art as an undergraduate at the University of Vermont, graduating in 2002, and subsequently trained with a master carpenter in Hawaii. After further training in private conservation studios throughout Massachusetts, Allison held a position at the Museum of Fine Arts, Boston. She maintains working relationships with private clients and Boston area museums including the Isabella Stewart Gardner Museum and the Davis Museum at Wellesley College. She is a Professional Associate of the American Institute of Conservation, and serves on the NECA board (New England Conservation Association.) 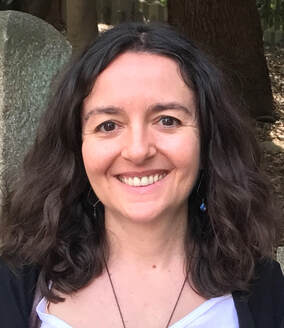 Deb Cuoco
​Co-Treasurer, Board Member
Deb Cuoco earned her Master of Art Conservation from the Queen's University program in Ontario, Canada in 2001, specializing in paper and book conservation. She completed internships at Columbia University, the Los Angeles County Museum of Art, and the Conservation Center for Art and Historic Artifacts in Philadelphia. She is currently a paper conservator at the Weissman Preservation Center at Harvard University.